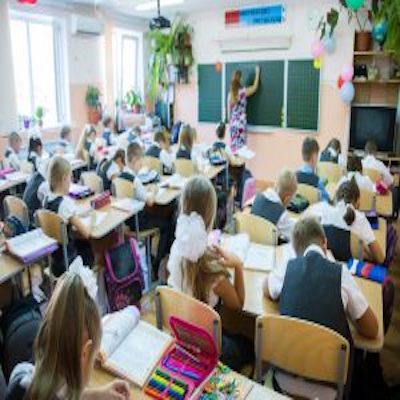 On the backdrop of strong federal legislative action, state governments are taking it upon themselves to mitigate the effects of school shootings. Much of this legislation will affect the day-to-day activities of facility managers.

While most state bills are still making their way through the legislative process, several states have already made definitive steps. 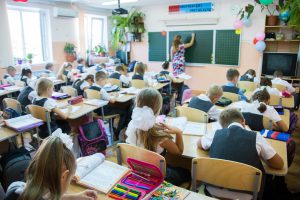 In this article, we’ll highlight five pieces of state legislation that are—or will soon become—state law. We’ll also address the funding component (if there is one) of each bill so you know where the money will come from and how you can apply for it.

According to NBC15, this is an overview of what the law does:

What FMs Need to Know: Facility managers and school officials in Wisconsin must act fast to take advantage of the $100 million in funds that this bill provides. These are one-time grants and K-12 schools in Wisconsin have until June 8th to apply, according to American School & University Magazine. The Office of School Safety will oversee the grant application process.

Facility managers should also note that this new legislation requires schools to share blueprints of their building with local law enforcement.

Lawmakers in the state of New York have been busy drafting legislation aimed at curbing school violence. That said, there are a wide variety of perspectives on what’s needed to improve school safety. By the end of the first week of March, 20 bills had been passed to address guns and school safety in New York.

The state Assembly passed bills focused on tightening gun control, while the state Senate pushed for armed school resource officers and other school safety measures. It’s still unclear at this point what bills will be passed, and how they’ll change; but if you’re a facility manager in New York, it’s a process worth paying attention to.

What FMs Need to Know: Buried in a package of almost two dozen bills, the state Senate in New York passed a bill that would give FMs and their colleagues access to a large pool of funds.

This $2 billion in funds were actually made available two years ago with the Smart Schools Bond Act. These funds were meant to be used to develop infrastructure and technology improvement plans.

However, the Smart Schools Review Board has failed to process or respond to most applications. The new legislation would require an expedited approval and funding process. Theoretically, this could free up billions in funding for schools all across New York.

This document provides guidance on how to apply and how funds will be distributed.

Additionally, lawmakers are considering the creation of a special task force to address school safety issues. They’ve acknowledged that building upgrades and cameras aren’t enough on their own, specifically focusing on the need for more coordination between school officials and law enforcement.

What FMs Need to Know: While most of the new funds are being applied to physical security measures, some of the active projects in New Mexico include implementation of technology to improve safety. School officials can apply for these funds through the Public School Capital Outlay Council.

Facility managers should also keep an eye on further legislative action in New Mexico. With the pending development of a special task force, it’s clear that the issue of coordination with first responders is a priority. In many cases, that responsibility will fall on facility managers.

While it’s still unclear exactly what the money will be used for and how it will be distributed, Colorado school budgets will soon see a large boost. That said, allocation of funds will definitely be centered around security-focused improvements. Additionally, while the specifics of the bill may change before it is approved, the funds will likely be used in part to provide armed school resource officers.

What FMs Need to Know: At this point, the jury is still out on the specifics of Colorado’s most recent budget allocations. One version of this legislation takes its funding from the general fund while another version draws money from the state education and public school funds, according to ChalkBeat.

Keep an eye on this one as it goes back to the House for further negotiation. Regardless of how it all shakes out, count on more funds being available for Colorado school safety measures.

State legislation that would have provided money for school safety through the Indiana Secured School Fund and required school safety plan audits failed to pass the state Senate. The session ran past its deadline with several bills still on the table.

The legislation itself didn’t provide a huge amount of money in grants, just $5 million. However, $1 million of that money was set to be provided to the Department of Education so they could conduct school safety plan audits.

What FMs Need to Know: Just because this legislation failed to pass doesn’t mean certain provisions of it won’t come back, according to Senate leader David Long.The provision for school safety plan audits will be particularly notable for facility managers in Indiana.

Considering that just 60 out of 1800 schools were audited in 2017, according to Representative Wendy McNamara, it’s unlikely that most facility managers are prepared. That will have to change dramatically if any form of this legislation comes back.

Addressing school violence is a complex and nuanced issue. However, if there’s one thing that legislators from either side of the aisle can agree on, it’s that improving communication between schools and law enforcement and upgrading technology is a vital step to safer schools.

With funds available at the state and federal level, now is a great time to explore technology like ARC’s Emergency and Life Safety dashboard to bolster school safety efforts. Among other capabilities, these dashboards enable users to quickly share emergency plans with first responders. This will improve coordination between facility managers and local law enforcement which is a common concern among lawmakers throughout the country.

Watch this short video introduction to see how else ARC can help, or schedule a live demo today.