You never hear of the people who make the Super Bowl possible.

On game day, they’re in offsite trailers, in temporary workspaces within the building, or walking the stadium. For the entire year (or more) before game day, they are diligently working in preparation.

They are figuring out how to provide electricity for escalators, scoreboards, special lighting, HVAC systems, and the halftime show. They’re devising a traffic plan to handle the influx of a small city’s worth of people. They’ve been tasked with creating a plan to handle more than 40 tons of waste. All this and a lot more.

See these eight statistics that prove why the real Super Bowl MVPs are the facility construction and management teams. 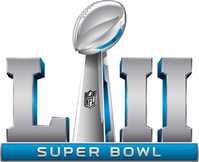 Temporary facilities: 1500, the number of workers constructing projects ranging from a zip-line tower to temporary broadcasting booths and performance stages for the Super Bowl in Minnesota. The workers, from four local contracting companies, were forced to work on an especially tight timeline this year because their work was contingent on the Minnesota Viking’s playoff performance.

Waste Management: 90%, the proportion of waste produced by the Super Bowl that will be recycled thanks to a recycling initiative called Rush2Recycle. The Minnesota Sports Facilities Authority partnered with the NFL and others to create a plan that would recycle and compost over 40 tons of stadium waste.

Utilities: Eighteen megawatts, the amount of electricity needed to power the Super Bowl. That same amount of electricity could power 12,000 homes. Super Bowl facility crews must monitor and maintain a system that powers scoreboards, escalators, special lighting, jumbotrons, HVAC systems, and much more. Otherwise, the game could be delayed, like it was in 2013.

Communications: 70 miles, the length of cable laid to support the 27,191 users on the WiFi network at Super Bowl 51. What was all the cable for? To support 11.8 terabytes of data—enough to store 245 days of video—traversing the network during Super Bowl 51. The network also required 58 miles of copper and 12 miles of fiber to handle the data load.

Airport Traffic: Two times the normal amount of travelers will be flooding through baggage claim and security at the Minnesota airport. Facility managers, security personnel, and airport workers will have to handle what is predicted to be the busiest day in history for the Minneapolis-St. Paul International Airport.

Halftime Show Logistics: Six minutes, the time that the Super Bowl halftime show crew has to assemble a stage that weights up to ten tons. During the show, technicians are behind the scenes making sure fireworks and special lighting go off without a hitch.

Security: 50, the number of security agencies that must coordinate to provide a safe Super Bowl. During the Super Bowl in Minneapolis, the Minneapolis police will act as the lead agency, coordinating with Homeland Security, the FBI, National Guard and more. These first responders require detailed maps of the stadium and surrounding areas to ensure a tight security perimeter.

Even after the trophy ceremony, the facilities professionals, technicians, grounds crew, security personnel, and stadium staff are still on the clock… ensuring fans’ safety, disposing of waste, and disassembling a year-long construction project that was planned and built for a 3-hour event.

Good luck to the New England Patriots and the Philadelphia Eagles on Sunday. We are looking forward to a great game. And thanks to the behind-the-scenes facilities and construction champions for their hard work and dedication for making it happen!