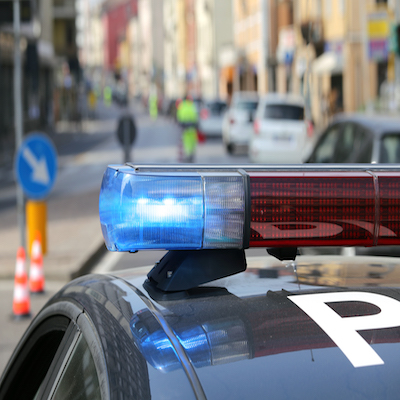 We were fortunate to feature Captain Bolender in a recent webcast called, “Active Threats—A Universal Approach Preparedness and Response Training.” During the session, hosted by Facility Executive Magazine, Bolender reveals the strategies and tactics he uses as part of his three-pronged approach to training.

We encourage you to watch the webcast, but here are a few tips, strategies, and knowledge we took away from Bolender’s presentation:

The Importance of Time

According to Bolender, there are two types of clocks during an active threat.

“Part of the reason I’m partnering with ARC [for this webcast] is because when you can save time and make things happen quicker, you’re going to save lives,” he said.

As mentioned earlier, during his trainings Captain Bolender continuously emphasizes the importance of preparing for a multitude of threats, not just active shooters. These events could include:

In fact, Bolender recommends not restricting your training to just these events. As the name implies, “A Universal Approach,” applies to any event that’s a threat to safety.

The Three Most Common Gaps

Bolender cites gaps in prevention, response, and trauma care for bystanders as the most common issues he sees in facilities teams’ emergency plans.

In the webcast, Bolender outlines strategies to avoid common gaps in these three areas with a three pronged-approach. This approach includes strategies specific to prevention, response and first care.

A few strategies he mentioned (among others) were:

Bolender acknowledged the difficulty of prevention, noting the layered factors that contribute to the likelihood of an event. That said, he wasn’t without solutions. Here are four that he covered:

Bolender made a point to warn us that identifying threats beforehand is very difficult. For example, while many active shooters have had a history of mental health issues, some of them didn’t. In other words, there’s no box you can check that indicates whether someone might launch an attack; it’s always a combination of factors.

When asked what his one takeaway for the presentation was, Mike Bolender pointed out the importance of having immediate access to floor plans and structural characteristics. He recounted the day that he served as Incident Commander during an active shooter event at a Sikh temple.

The building occupants on site were sketching out diagrams of the building because it was going to take too long to access the floor plans. He said, “When I saw this [ARC], it took me right back to that day, and how much I wish I would have had access to their solution.”

To see what Captain Mike Bolender wished he’d had during his last active shooter event, schedule a demo, or, watch the live demo at the end of the webcast.