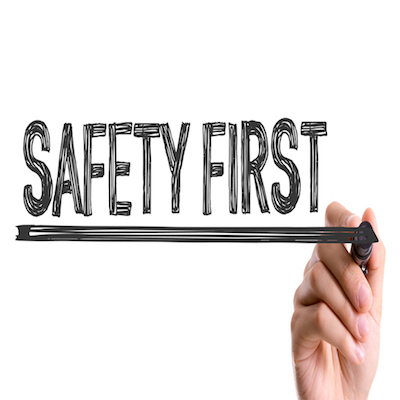 The SAFETY Act and QATT: Legal Expert Speaks on Emergency Preparedness and Liability

ARC was fortunate to feature legal risk manager and President of Petrone Risk, John Petrone in a recent webcast called, “Preparing for the Unpredictable: Emergency Preparedness and the SAFETY Act Journey.”

During the session, which was hosted by Campus Safety Magazine, Petrone covered the liability protections provided by the SAFETY Act for owners and user of Qualified Anti-Terrorism Technology (QATT). He also discussed the act’s application throughout the development of a facility’s emergency preparedness program. 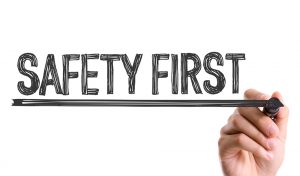 You should watch the webcast for Petrone’s in-depth analysis and insights, but this article will outline our key takeaways.

At this level, you’re just beginning to test out your technology and formalize your plans. Petrone used the example of a new sports facility with top-of-the-line technology. Even though this facility may have great technology, it hasn’t been tested yet, so there’s still a ways to go before certification.

At this level, the Department of Homeland Security (DHS) will issue a “DTED acknowledgment” and determine your liability insurance limit. As Petrone mentioned, that could be a limit as low as $50 million or as high as $150 million depending on the size of your organization. However, DHS can revoke this liability protection at any time. Still, obtaining DTED acknowledgment gets you on the right track to certification.

Taking the sports facility example from above a step further, with designation, you have a plan but it hasn’t been tested enough to receive certification. The liability limit for Designation is again set by DHS, but there are fewer liability protection limits compared to a DTED acknowledgment.

With Certification, you have plans and technology in place and a large sample set of data to validate the resilience and effectiveness of your security program. The key with Certification is that, once it’s achieved, there is immunity from certain claims related to your use of the certified technology.

“Downstream Users” of the QATT May Be Protected

A key part of Petrone’s presentation focused on precisely who is protected from liability when SAFETY Act Certification is obtained. Because the law focuses on technology, the SAFETY Act refers to applicants as “sellers.” However, you don’t have to actually sell the technology to receive the liability protection provided by the SAFETY Act.

“Sellers are really owners and the owners of the QATT are those that provide the QATT to the customer.” This could include municipalities, arena or building owners, corporations, and more. It’s also worth noting that there can be more than one owner.

SAFETY Act can also protect people who contract with the owner of the QATT, also known as “downstream users.” That said, Petrone points out that this has not been tested.

To achieve approval under the SAFETY Act, Petrone repeatedly emphasized the importance of documentation over a relevant sample set. This includes logs, checklists, staffing documentation, and training documentation to show QATT compliance.

Petrone talked at length about Emergency Operation Plan (EOP) development. He discussed how important it is to include easy-to- 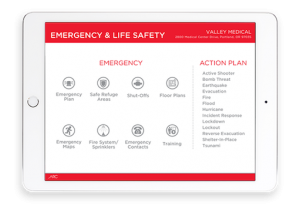 understand and specific plans to address threats. He also pointed out the importance of having reference materials such as maps and contacts lists.

However, Petrone placed special emphasis on what it means to have those reference materials and plans available on a mobile device. By using technology that makes the plan available in the palm of your hand, a facility team is more prepared because every team member will know exactly what they need to be doing.

Other Benefits of Going Through the SAFETY Act Application Process

Petrone noted that, in addition to liability protection, going through the SAFETY Act journey provides several important benefits to facilities teams. Among those benefits, he cited:

But, as we learned throughout the course of Petrone’s presentation, obtaining certification is no easy task.

Among other things, you’ll need complete organizational buy-in to stand any chance of obtaining certification. Key to that buy-in is making training and documentation easier and more intuitive for your entire team. That’s where ARC Facilities can come in, as Petrone mentioned, to enable more effective communication of any component of your security program.

To check out ARC Facilities, schedule a demo, or watch the webcast to see exactly how ARC Facilities can streamline your SAFETY Act journey.