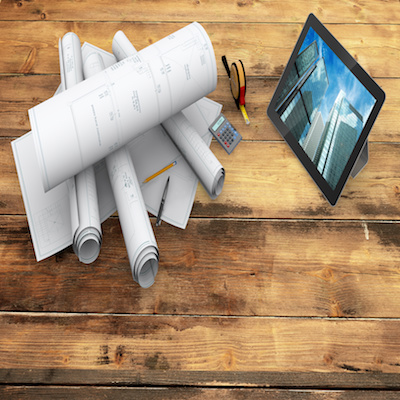 General contractors and their teams, if nothing else, are masters of outsourcing. Yet most of them still rely on themselves to manage construction documents, and they don’t do a particularly good job of it given all the other competing responsibilities. 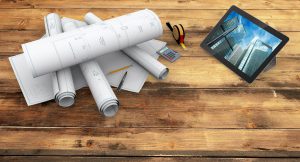 This may partly explain why, according to McKinsey, large construction projects take 20 percent longer to finish than originally scheduled and run up to 80 percent over budget. After all, making decisions without accurate, current construction documents is rarely a recipe for success

As if you needed even one more reason to lighten the load on yourself and your team, we’d like to share 5 reasons you should be outsourcing your construction document control.

Apply this principle to construction management, and it holds that 80 percent of the value you provide as a general contractor will come from 20 percent of your activities. That 20 percent doesn’t (and shouldn’t) include you framing, laying pipe, or wiring the building.

Rather, the 20 percent that you do is coordinating with your vendors and directing tradespeople… that’s the main reason you get paid. Outsourcing document control frees up your team to focus on the skills that add the most value to the project.

General contractors know all too well that the project isn’t done when the last nail is hammered. It’s done when you pass the mountain of information that your construction project generated to the owner of the building. That’s when you get the final 10% of your contract.

From a cash flow perspective, delays in receiving that final 10% can turn into an expensive issue. On many projects, that 10% constitutes most of (if not all) the project  profit. The longer the closeout takes, the longer you must wait before spending money to chase and bid on new projects, which could prevent you from capitalizing on new, lucrative opportunities.

Compared to losing out on opportunities while you’re working through a complicated closeout process, the cost of outsourcing document control to streamline the process is a small price to pay.

3. Reduce the Chance of Disputes and/or Claims

A study by Navigant showed that the number one reason for construction claims and disputes was contract administration issues. In other words, paperwork is one of the main reasons serious disputes occur in 10 to 30% of all construction projects.

The cost of these disputes ranges each year between $4 and $12 billion. However, those costs don’t include the time and manpower you’ll be forced to dedicate to dispute resolution when you could be working on new projects.

In this way, outsourcing your document control to an expert acts as a legitimate risk mitigation strategy for your business.

One of our customers, Gary Cummins, a project manager at John Hyland Construction, saw the effects of outsourced document control firsthand. Like many contractors, JHC had issues sharing information, especially when that information changed throughout the life of the project.

Without the resources to hire a dedicated document manager, JHC struggled with inefficient processes, from requesting bids to maintaining the most up-to-date drawings.

After partnering with ARC, Cummins said, “Strong communication enables stakeholders to look at the correct documents. There can be so much confusion with different versions of documents–which ARC Projects solves.”

5. Give Yourself a Competitive Edge

A study by Emerson Reliability Consulting showed that, from the beginning of the construction project, as you make decisions, your opportunities to save money diminish, while the cost of risk mitigation increases. This finding is represented by the image below: 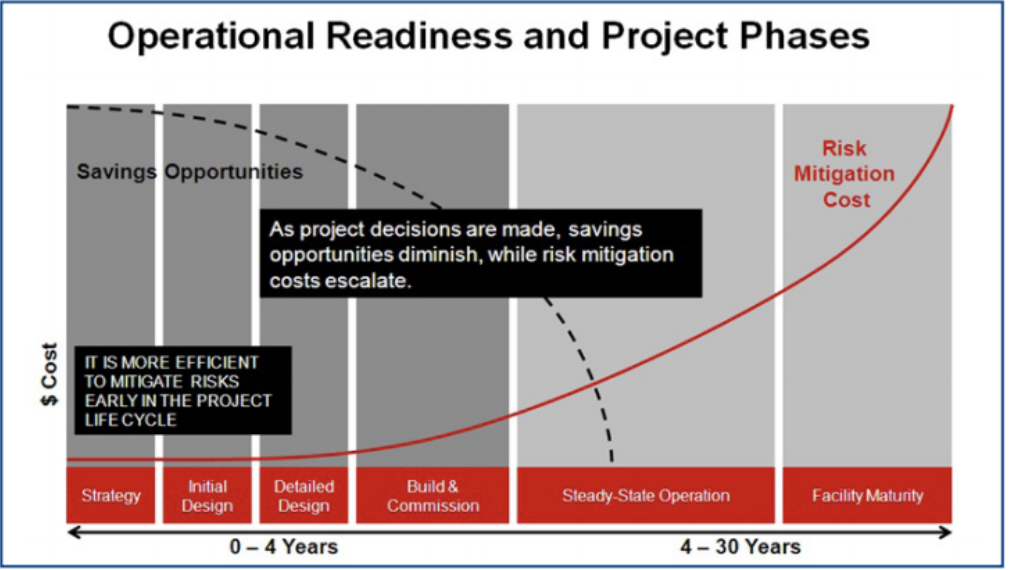 In other words, it’s far more efficient to mitigate risk at the beginning of the project than it is at the end. So, while it might appear as though outsourcing document control is an extra expense, it’s a vastly more affordable risk mitigation strategy than you’ll find once the project is nearing completion.

Moreover, as a general contractor with document control outsourced to the experts, you become that much more competitive since you don’t face the same risks your competitors do.

With ARC, the idea is to ensure that you have conformed sets at all times. That way, everyone is looking at the most recent information at the same time. Our construction document experts organize the existing set of documents, then process changes and updates as soon as you make them.

Plus, with print centers throughout the nation, we have the infrastructure to provide documents quickly. Just think of us as another member of your team of subcontractors, except that, with locations across the nation, we’re able to serve you wherever your next project is based.

Print as a Service: Addressing the Conundrum of Print in Construction

Paper is Old, Printing Doesn’t Have to Be